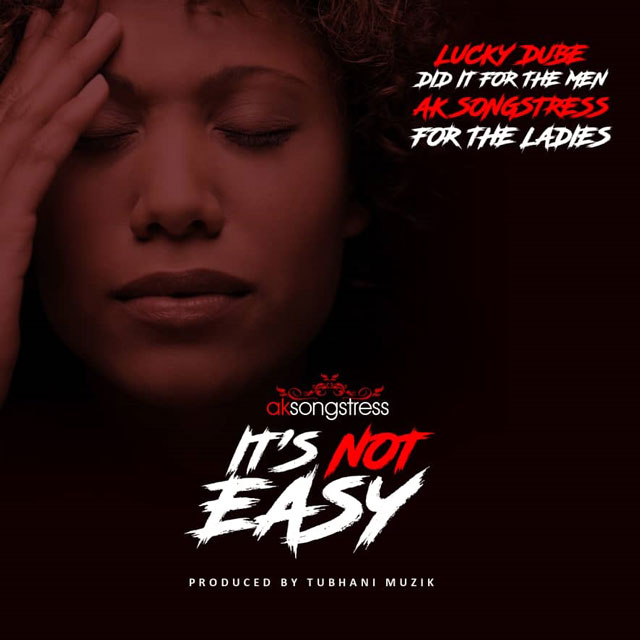 AK Songstress drops a new single “It’s Not Easy”. This song is meant to announce her upcoming Reggae/Dancehall EP titled “King Of Queens”.
She dropped some very touching and emotional verses in this refix and added some local Ghanaian dialect (Twi) to it for more local appeal.

“It’s Not Easy” is a tribute to the late Reggae Legend, Lucky Dube, of South Africa. The Late Lucky Dube`s original version is for the men and focuses on a chat about an impending divorce from the woman he married with his mother. AK Songstress’ version is for the woman and focuses on chatting with her father about an impending divorce from the man she married.